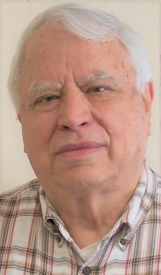 Tom Hall’s contribution to Rebuilding Hope’s work touches every aspect of the ministry, from ramps to roofs, renovations to records.

He says he signed on as a volunteer three years ago when Martha McGowan, RHI’s SOS secretary, told him about the ministry’s computer needs.

“The opportunity to support the other volunteers with computer needs, and they, in turn, help others in need” is the most rewarding part of his work, says Tom, a native of Penderlea (Willard, N.C.).

Tom says his computer experience keeps him busy as a volunteer.

Tom, a Vance County resident, is a member of Swift Creek Baptist Church in Raleigh, but locally attends services at First Baptist Church.

Tom and Linda have been married for 20 years. They have two children and five grandchildren.