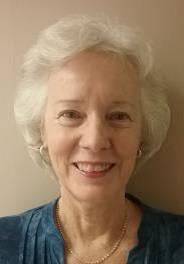 You’ll find Martha McGowan among the volunteers on the front lines of the paperwork at Rebuilding Hope.

“I do secretarial work in the office, logging and keeping records of applications and work complet-ed and doing monthly reports,” says Martha, whose husband, Ralph, is the pastor at West End Baptist Church. “I’m also the secre-tary for SOS-Servants on Site, Rebuilding Hope’s summer youth mission project.”

When Martha and Ralph first came to Henderson, one of the ladies from the church took them on a tour that included the old Re-building Hope location on North Oliver Drive and explained Rebuilding Hope’s mission.

“We had been involved in several con-struction projects with youth during the sum-mer and through that I realized how much I en-joyed construction work and how much easier witnessing was while helping those in need,” says Martha, who is West End’s music leader and choir director. “I was excited that there was a possibility we could be involved in something similar here on a regular basis if God allowed us to relocate to Henderson.

“I really enjoy doing construction work, but was also willing to use the abilities God has given me to help others, whether it was work-ing in the office or working on someone’s home,” she says.

Martha, who is a nine-year volunteer, en-courages volunteering at Rebuilding Hope.

“Many people don’t realize they can use the abilities they have to serve the Lord,” she says. “There’s more to volunteering at Rebuild-ing Hope than construction, like preparing lunches for volunteers, cleaning the offices, an-swering the phone, taking applications or help-ing to organize the warehouse.”

She says, “I am always amazed how God can take what little we have – no matter what it is – and use it for His glory. I’ve learned that it is true that He is not looking for our ability, but our availability.”

Martha, who retired in 1998 as executive secretary for a school superintendent in her

native Alabama, says her dad was always build-ing something and her mother made quilts, sewed and crocheted. Martha says she was al-ways fascinated with seeing things put togeth-er.

“I suppose that’s why I enjoy construction and doing handwork,” she says.

“Working in a Christian environment with some great Christian people who are willing to give their time to serve others has been very rewarding,” she says. “But I think all of us at Rebuilding Hope would agree that helping those in need, talking with them and praying with them is the greatest of all blessings.”