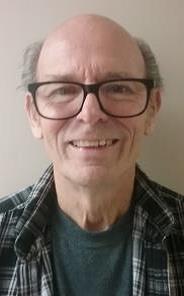 Richard Roberts travelled a long and winding road to get to Rebuilding Hope. Richard says he and Joyce, his wife of 35 years, have lived in 40 places -- in his native Texas, her native California, the Philippines, New York, Arkansas and, now, North Carolina. Bonding with the five generations of Joyce’s family who live in North Carolina brought them to Franklin County a little over a year ago.

Independent career missionaries, the Roberts have served three terms in the Philippines, where, Richard says, they brought “spiritual support and encouragement to Filipino pastors and their congregations.” Richard and Joyce raised their own funds for their ministry, and local churches provided administrative management. Work on the mission field included speaking at youth camps, conducting marriage seminars, leading Bible studies and preaching in a different church every week. The couple will return to the Philippines for eight weeks in July and August to see how the churches are doing, Richard says. “On the mission field we’ve witnessed many miracles and self-experienced many miracles,” he says.

Now a volunteer at RHI, Richard works in the office taking applications for assistance and helps with spring and fall fundraisers, SOS week and Kids’ Construction Camp.

“I was looking for a way to help and share the gospel of Christ, desiring fellowship with Christian men,” Richard says.

But the most rewarding work at RHI is “praying with people as they come in to fill out applications.”