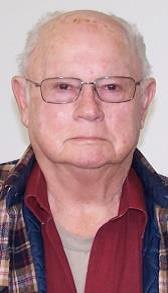 After a career as a firefighter, Richard Rogers continues to help his community as an RHI volunteer.

Richard came to RHI following an invitation from an RHI volunteer who is a fellow church member at New Sandy Creek Baptist Church.

A volunteer for six years, Richard says he has done “a little bit of everything,” including helping construct wheelchair ramps, assisting in the warehouse and preparing meals.

“It’s a good ministry to help the needy,” Richard says. “You do work for people and minister to them at the same time.”

At RHI, Richard continues to serve his community. A firefighter for 38 years, he retired in 1994 from the Henderson Fire Department. At retirement he was assistant fire chief.

A Vance native who enjoys hunting and fishing, Richard is a Navy veteran who also served in the National Guard.

Richard and Nelliegrey, his wife of 63 years, live in Henderson. They have three children and two grandchildren.